Welcome to Regisfall, this guide will cover the basics of starting a new character and what to do once you get in-game.

Once you have read the rules and have created your account, begin by creating a character. Be careful when entering your name, this cannot be changed later. Note that skills/stats picked during OSI character creation will not be kept and you can skip through that part quickly. Once your character is created, you will arrive at the creation room where you will have to find the creation book which will allow you to choose a race and class(see picture below). 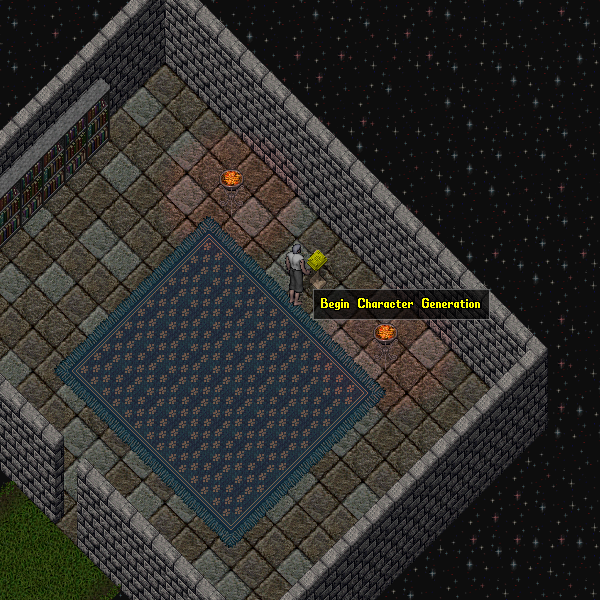 Regisfall uses a Leveling System. You will begin life as a level 1 with 0 experience points. Use the ]exp command to check your experience/level at any time.

One of the main progression systems on Regisfall is the Feat System. You can access the feat menu by using the ]Feats command; which feats are available to you will depend on your race/class combination. As this is one of the most important methods of developing your character mechanically, it is crucial to spend these points carefully. Every character gets one free feat reset, but you should try to plan your feats out best as possible, further resets are costly.

As you can see in the Craft Feats page above, crafting is trained through feats on Regisfall. This means there is no crafter or merchant class as such, but rather any of the standard classes are able to learn various crafting skills through feats. Every character begins life with 1 free craft feat. It is also important to note that beyond the base skillcap of 1000(1100 for Humans), every character may take up to 120 bonus crafting skill, and 105 bonus gathering skill. This means you may fully train 1 craft skill, and 1 gathering skill without having any penalty of spending feat points or dropping other skills.

Abilities are new to the feat menu on Regisfall. They are bonuses/free feats which are awarded to the character based on class or subclass. By default, most base classes have 2 free ability feats, more will show up after selecting a subclass.

Subclasses are also a new feature on Regisfall. Each of the base classes have 2 subclasses, which you are able to choose between upon reaching level 10. While still retaining all(or most in some cases) of your existing skills and knowledge from your base class, selecting a subclass allows you to further specialize in a specific discipline. Your subclass selection does not require a feat point, and may be selected in the same manner as any other feat.

By pressing the red arrow in the upper-left corner of your screen, you will open the quick access bar which will give you access to things like your paperdoll, inventory, journal, etc. One of the main new features on Regisfall is the world map. This is part of the ClassicUO client and has a number of markers on the map to show points of interest. Current markers show cities/towns, banks, resource node locations, pvm hunting areas, questers, castles/forts. You can right-click the map to disable certain markers or to access other options. 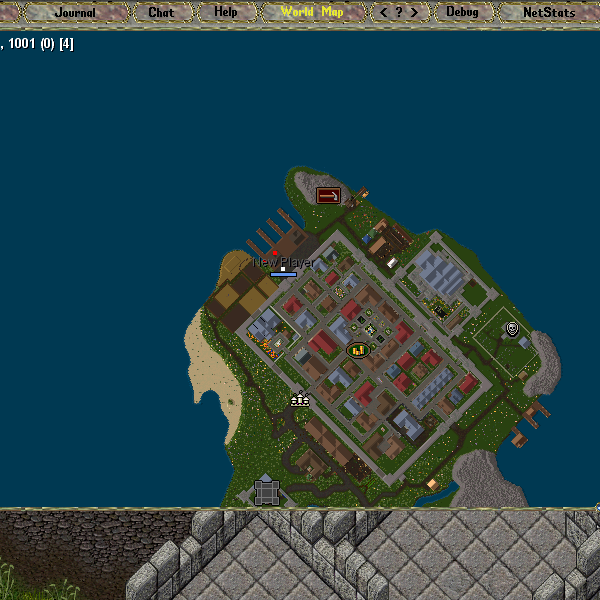